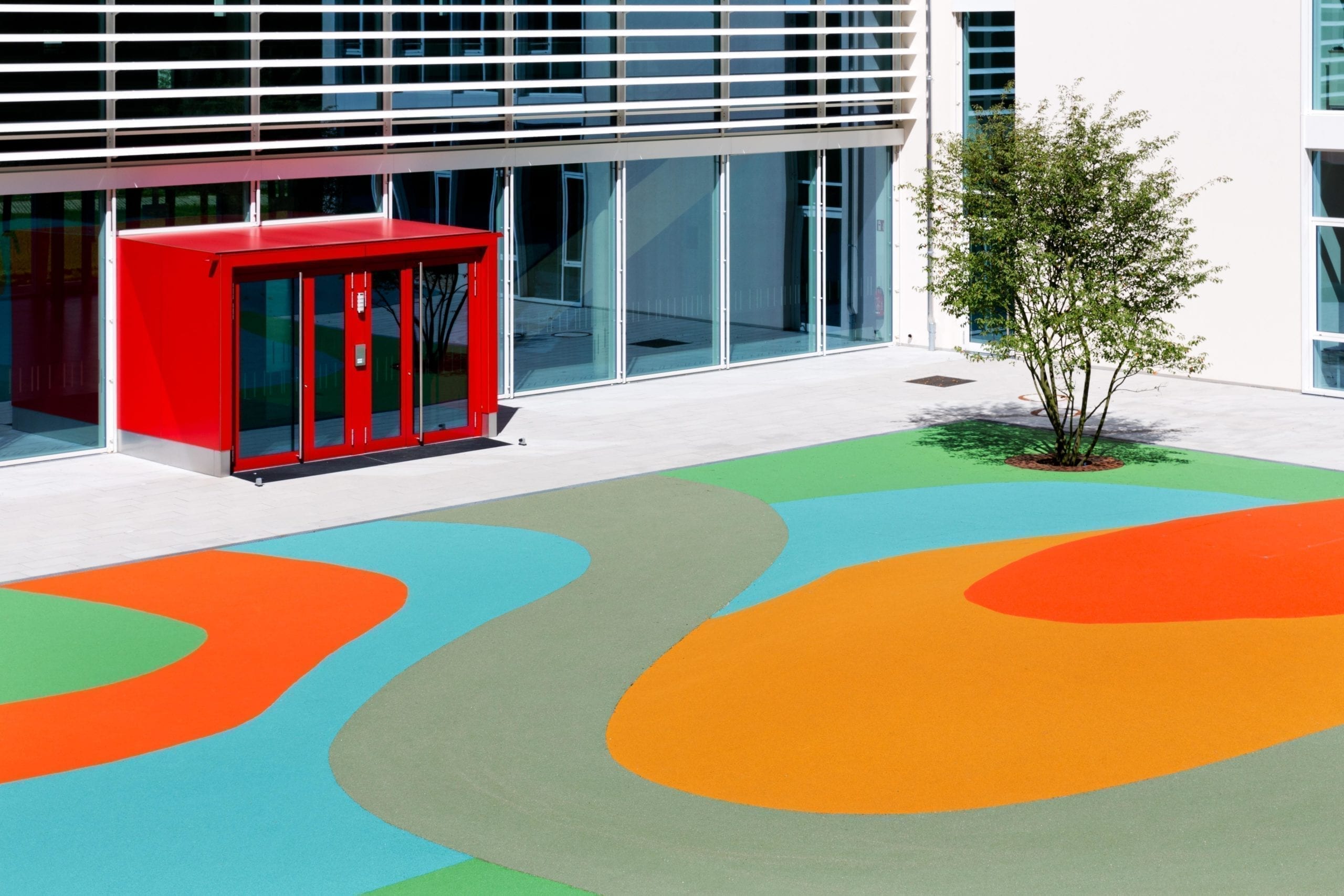 With some 450 children in 22 classes, Augsburg-Kriegshaber primary school is the largest educational institution of its kind in the Bavarian Renaissance city. Following the construction of an urgently required expansion, the outdoor facilities were completely revamped in 2016, partly with high-quality synthetic surfaces from Polytan. A previously asphalted playground, for instance, was transformed with the PolyPlay FS soft-impact surface into a three-dimensional, colourful and pleasantly soft "movement and encounter landscape". The PolyPlay S sports surface in bright "rainbow blue" on the all-weather pitch and running track provides an optimally cushioned base for the outdoor fun and games of the schoolchildren.

While the oldest part of the building stems from the 19th century, the primary school took on its present appearance in the 1920s with an annexe, a gymnasium and what was, for the time, an ultra-modern school swimming-pool. Decades later the shortage of space led to some classes being taught in mobiles in the playground, and in 2009 a massive infestation of mould made it essential to rehabilitate the entire building. The swimming-pool, located in the basement of the old building, had already been closed in 1999.

Since pupil numbers are expected to rise further in the future with the development of new housing estates in the surrounding area, Augsburg city council decided to enlarge the school with an annexe and to start providing all-day care. Today the new two-storey building has nine additional classrooms, three group rooms, a library and a combined break/assembly hall as well as three lunchtime child-care rooms. The old swimming-pool was turned into a canteen with kitchen and rooms for the provision of all-day care.

The plain, unobtrusive architecture they designed for the newbuild enabled Augsburg architects Schuller & Tham to achieve an exciting contrast with the Jugendstil of the old building. Landscape architects Eger & Partner were commissioned directly by town planning agency AGS Augsburger Gesellschaft für Stadtentwicklung to design the outdoor space, around 6,500 m² in size.

Playground becomes a holistic toy thanks to soft impact

Using the seamless and water-permeable PolyPlay FS soft-impact surface, the Augsburg landscape architects transformed the playground into a gently undulating, brightly coloured movement and communication area that the children describe as pleasantly soft. The firm’s proprietor, Franz-Josef Eger, explains the creative concept behind the design using building blocks that are essential for success: "The key building block is ‘movement’. It promotes the development of the child and is an effective teaching instrument that activates all the senses. Another component is ‘encounter’, through which the children learn again how to communicate more with each other. Other building blocks are ‘learning‘ – with the playground being the largest classroom in the school – and ‘experience’ – with the construction materials used and elements of nature."

When it came to selecting colours, the choice fell on Polytan synthetic surfaces in "Turquoise blue", "Orange", "May green", "Earth yellow" and "Light grey", all part of the manufacturer’s comprehensive colour palette. The individual colour areas are shaped organically and contrast richly with each other. The lowest point of the playground is some 1.26 metres below the highest, with a maximum incline of 5%. The seamless in-situ installation method allows the two-course surface to be installed without any problem on undulating and angled substrates as well. The soft top layer in Augsburg is 10 mm thick and manufactured from high-grade, completely newly produced EPDM granules (rubber) that are coloured right through. The necessary elasticity is provided by the second, 20 mm-thick layer made of recycled material. The total thickness of the soft-impact surface is 30 mm.

Synthetic surfaces from Polytan were also used for the standardised outdoor sports areas, where the choice fell on the long-lasting, water-permeable PolyPlay S all-round surface for both the 20 x 28 m all-weather pitch and the 65 m-long four-lane running track. Its smooth yet non-slip surface and the good ball bounce behaviour make it the ideal base for ball sports of all kinds. Franz-Josef Eger opted for "rainbow blue" as the colour for psychological reasons: "Blue has a calming effect on a child’s psyche. The familiar running track red is best kept for performance sport and was deliberately not chosen."

Landscape architects Eger & Partner have already successfully installed colourful synthetic outdoor surfaces in many school projects. Franz-Josef Eger on the benefits of the material: "Synthetic surfaces are increasingly popular around the world. As a designer, I value Polytan’s huge colour palette and the creative options it gives me. Then there is the pleasantly soft feel of the surface as well. For me, the synthetic surfaces from Polytan are among the highest quality products in the industry."
The synthetic surfaces offer the designer certified impact protection according to DIN 1177:2008, allowing children to charge around and give free rein to their creative play with a much reduced risk of injury. The novel colour design and three-dimensional structure of the material turn the playground into a holistic toy. 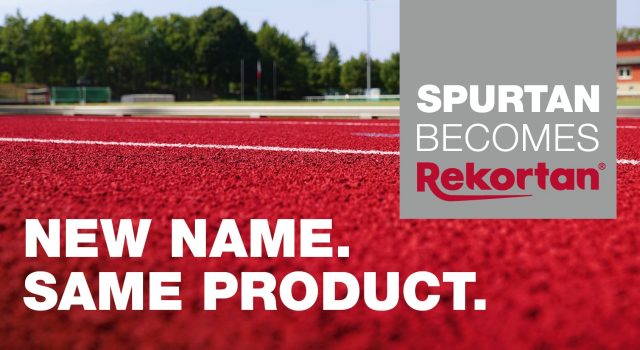 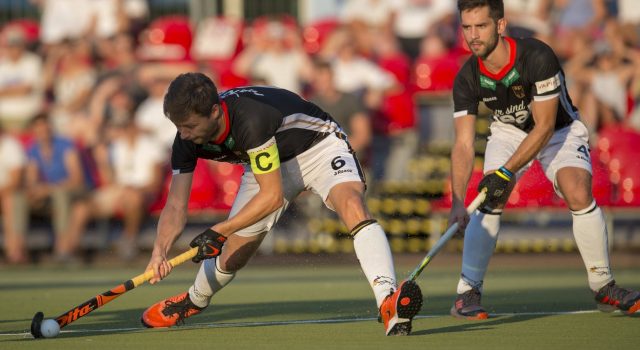