Taking the ice and snow out of winter

TAKING THE ICE AND SNOW OUT OF WINTER

A geothermal power plant in the south Bavarian region of Laufzorn has been supplying homes, businesses, schools and kindergartens in the municipality of Grünwald with renewable thermal energy since a few years. An indoor swimming pool was added to the Grünwalder Freizeitpark later, followed by a heatable synthetic hockey pitch from Polytan. What’s remarkable here is the fact that the swimming pool is heated by the return flow of the 120°C geothermal water from Laufzorn and it is actually possible to supply half the heating for the hockey turf from the "return flow of the return flow".

Located to the south of Munich, the Grünwalder Freizeitpark is set in rambling grounds dotted with trees and extends over an area of 120,000 m². The wide range of sport and leisure facilities is suitable for young and old, elite and amateur athletes alike. And the site is steeped in history for football fans: Sepp Herberger coached the winners of the 1954 World Cup in Sportschule Grünwald, which was founded in 1950.

This modern facility has had a synthetic pitch since 1992. It underwent extensive renovation in 2003, but was again showing signs of age many years later. "The surface of the pitch had been badly affected by heavy use and frequent snow shovelling in winter," says Jörn Verleger, the manager of Grünwalder Freizeitpark. "During renovation work, the municipality of Grünwald, which owns the facility, decided not only to install a turf heating system, but also to replace the dilapidated hockey hut with a modern new building, complete with an area for spectators and public toilets."

The 100 x 66 m synthetic playing field was mainly used by the members of the hockey and football sections of TSV Grünwald sports club – and if additional leasing to other private teams is taken into account, the pitch is used for more than 1,400 hours every year.

Such intensive use calls for a high-quality and hardwearing synthetic turf system. The local authority opted for a Poligras Mega CoolPlus, an unfilled professional hockey turf from Polytan whose compact and even surface is conducive to fast and accurate play. The heating system beneath the synthetic turf comes from AST Eis- u. Solartechnik. A brine-conducted heating system has been installed and functions extremely efficiently owing to its low flow temperature (approx. 24°C), quick response times and a 50% reduction in thermal heat loss. The high efficiency can be attributed to the AST heating mats, which are located directly underneath the elastic layer. Similar commercially available piping systems are located around 100 mm deeper in the ground and therefore have considerably higher heat losses.

An AST heating mat is 180 mm wide and consists of four adjacent flexible EPDM rubber tubes connected by fixed links. The heating mats are laid on a thin layer of asphalt in conformity with DIN standards and their individual tubes are connected to a collector pipe. The energy is provided by a fluid which is pumped through the piping mat system, thus releasing an even supply of heat into the surroundings. It is warmed up by a heat exchanger that transmits the energy from any heat source to the brine fill.
With an unfilled hockey turf like the one in Grünwald leisure park, a mixture of quartz sand and gravel must be placed between the heating mats and the elastic layer in order to level out any differences in height between the individual layers. Completely level playing surfaces are essential for hockey pitches in particular in order to ensure that the ball does not "bounce". AST synthetic turf heating systems are regulated by means of a heating control system and a slope sensor and have an approximate lifespan of 15-20 years. Maintenance costs are low.

The heat for the turf in Grünwalder Freizeitpark is supplied by a Zortström distributor with different temperature zones. As well as the synthetic pitch, it also supplies the existing changing rooms at the ice-skating rink, the new hockey hut and a snow melt pit with thermal heat. Half of the energy (projection for the whole year) comes from a cooling system at the ice rink, whilst the other half comes from the 40°C return flow of the return flow of the geothermal energy used in the swimming pool.
By using these two energy sources, therefore, the municipality incurs no additional energy costs for heating the turf. In a final cost-benefit calculation, this means that the enhanced lifespan of the synthetic turf, which is 5-10 years longer, offsets the additional costs of the turf heating system. There is also a hefty reduction in personnel and repair costs – and not only can the pitch be used more often during the winter months, it also offers improved playing qualities.

Polytan_Grünwalder_Freizeitark_1_.jpg
It has been possible to play on the hockey pitch in Grünwalder Freizeitpark all year round – thanks to a turf heating system supplied from renewable energy sources.

Polytan_Grünwalder_Freizeitark_3_.jpg
The dilapidated hockey hut has been replaced with a modern new building, complete with an area for spectators and public toilets.

Polytan_Grünwalder_Freizeitark_5a_5b_.jpg
The heating pipes are arranged laterally in the substructure, where they are connected to the collector pipe. 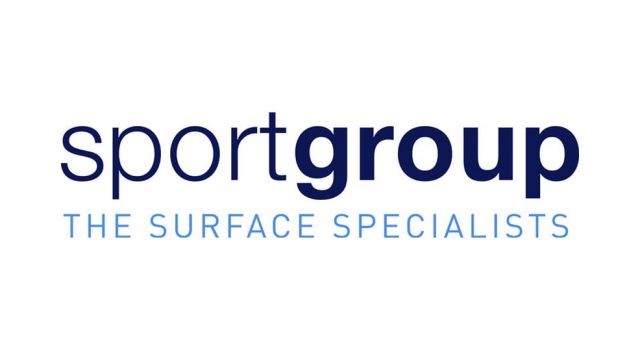