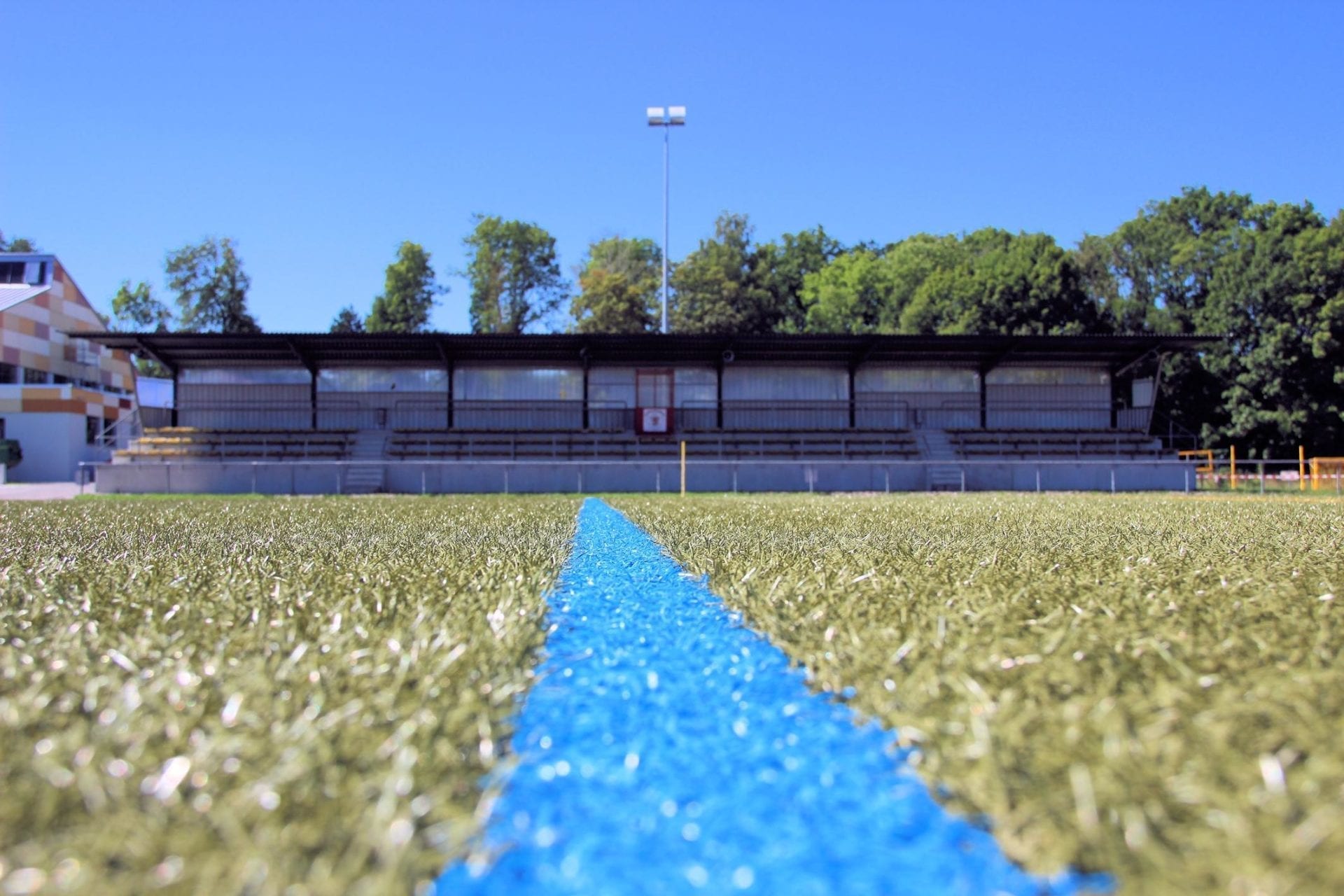 The FIFA quality programme for synthetic turf was launched in 2001. It uses a standardised testing procedure to ensure that a "football turf" – the official designation after undergoing the testing regime – conforms to the strict quality criteria of the International Federation of Association Football. No other synthetic turf system has received the FIFA Quality Pro seal of approval as often as Polytan’s LigaTurf RS+ CoolPlus product line, which celebrates its tenth anniversary in 2017. In fact, the manufacturers kicked off the celebrations in the summer of this year: at the start of August, the stadium pitch in the municipality of Kaufering in the Upper Bavarian district of Landsberg received the FIFA Quality Pro certificate for the eighth time in a row, thus becoming the most frequently recertified synthetic turf in this category worldwide.

The professional synthetic turf system installed by Polytan in Kaufering was identical in construction to the one used by three top-flight French clubs for their matches. The structure consists of an in-situ elastic layer and the synthetic turf, which is filled with sand and rubber granules. As in Kaufering, the synthetic pitches in the French football stadiums also received the FIFA Quality Pro certificate for several years in succession.

The FIFA Quality Pro seal of approval is designed to the specifications of professional football and is a prerequisite for international games at the same time. Synthetic pitches used for amateur and recreational purposes are given the FIFA Quality seal of approval. A synthetic pitch must undergo laboratory and field testing by an accredited testing institute in order to meet the requirements of the quality programme. The certificates are valid for one year, after which recertification is necessary.
A manufacturer with at least two years experience of the quality programme may refer to itself as a FIFA Preferred Producer. Nine companies, including Polytan, are currently authorised to do so (as of September 2015). FIFA Preferred Producers not only guarantee a high-quality synthetic turf system, but also professional installation. They are in constant exchange with FIFA for this purpose.
At present, over 250 Polytan synthetic turf systems are certified worldwide, of which around 70 per cent are FIFA Quality and 30 per cent FIFA Quality Pro (as of September 2016). Polytan thus occupies a top position worldwide. The Burgheim-based sports surface specialist is also an international leader in terms of the number of FIFA Quality Pro recertifications: with 34 playing fields, Polytan is 14 per cent above the market average in this respect.

Numerous recertifications in Ligue 1 as well

After the French Football Federation (FFF) gave the go-ahead in 2009 for synthetic pitches for the highest level of professional football in France, some traditional clubs switched from real grass to synthetic turf: AS Nancy-Lorraine at the Stade Marcel-Picot, FC Lorient at the Stade du Moustoir and La Berrichonne de Châteauroux at the Stade Gaston Petit. Officials at all three stadiums opted for a LigaTurf RS+ CoolPlus system from Polytan with FIFA Quality Pro certification. The seal of approval was renewed in Nancy for the seventh time in August of this year, the one in Châteauroux for the fifth time in succession in November 2015. The synthetic turf in Lorient confirmed its FIFA Quality Pro quality seal status for six years and subsequently received the FIFA Quality seal for a further three years. Generally speaking, Polytan is the only synthetic turf manufacturer to date to have been awarded a contract for professional football stadiums in France.

When the stadium in the municipality of Kaufering – which is used mainly by the VfL Kaufering fitness club – installed a LigaTurf RS+ system in August 2008, it had for the first time a synthetic playing field whose high quality was verified by the FIFA Quality Pro seal of approval. It has the distinction of having been certified for eight years in succession since then – a world first. The municipality of Kaufering, which owns the facility with a circular track and spectator stand, changed over from real grass to synthetic turf so that the playing field could be used all year round regardless of the weather, whilst requiring little maintenance. The average service life is 1,500 hours a year as it is used for training purposes and league fixtures not only by the club’s 20 teams, but also by visiting teams and schools from the local area. Nevertheless, 1,500 hours is twice as many as a conventional grass pitch, which can be played on for between 400 and a maximum of 800 hours on average, depending on the climate and weather in the respective region.

Wolfgang Dangel, a groundsman and facility manager in the municipality of Kaufering, also appreciates the fact that less effort and expense goes into maintaining the synthetic stalks: "The pitch can even be played on straight after a heavy downpour. There’s no need to mow, scarify or fertilise it. It just needs watering on very hot match days. The synthetic turf is brushed and tended with an ACS machine once a week and cleaned with a motorised hand sweeper three or four times a year. It needs intensive cleaning by a specialist firm every two years, at an approximate cost of 3,000 to 4,000 Euros. By way of comparison, it would cost between 5,000 and 7,000 Euros to have a real grass pitch maintained by a specialist firm." 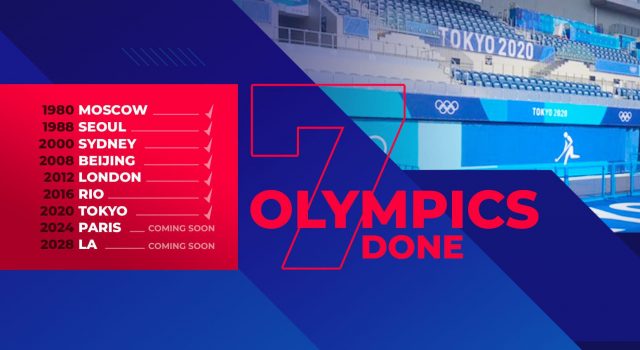 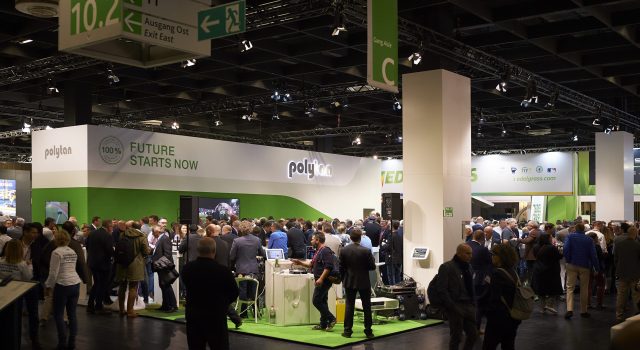 Polytan to promote sustainability at FSB 2021 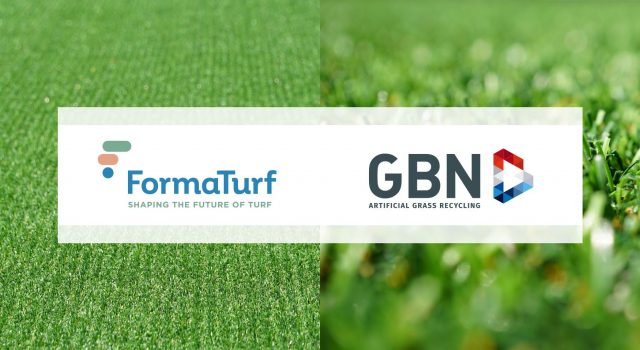