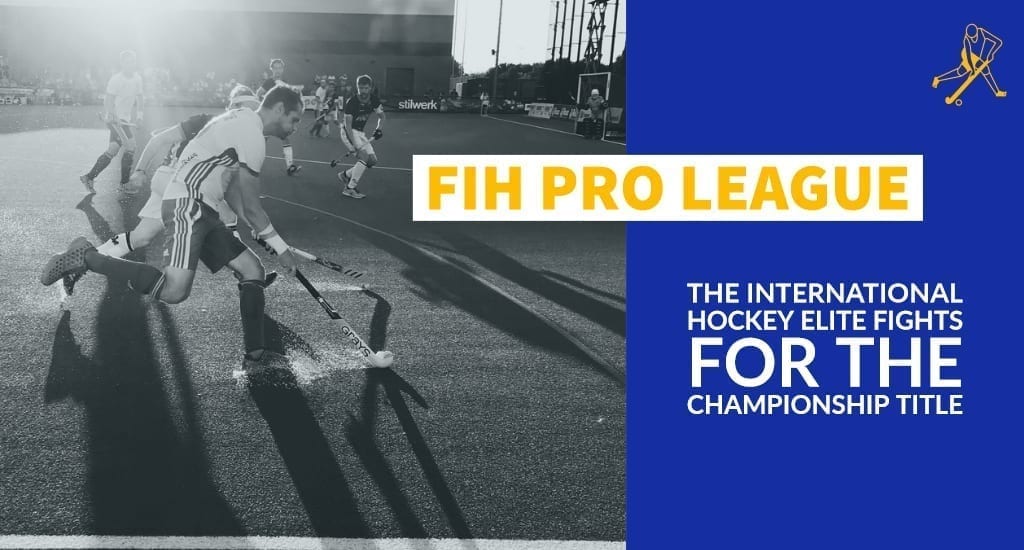 Spectacular hockey news, which sooner or later will inspire die-hard field hockey fans and beyond, will be reported from the international hockey sport world: On 19 January, 2019, the high-calibre FIH Pro League, created by the FIH (International Hockey Federation), was launched with 17 exceptional world-class teams.

One of the key ideas behind the competition, which is to be held on an annual basis, is to further increase the popularity of hockey around the world. To achieve this, fans are more likely to have opportunities to watch world-class hockey live in their home stadium or on TV. To this end, 25 of the best hockey stadiums in the world across 10 different countries were selected as host sites by the FIH. In Germany, hockey fans can look forward to attending high-profile matches in the Mönchengladbach SparkassenPark and Crefelder HTC in Krefeld . At both facilities, as well as at the Wujin Hockey Stadium in Changzhou, China, Polytan’s newly installed Poligras Tokyo GT synthetic turf system ensures optimal playability.

Which national hockey teams will participate?

It kicked off with the men’s tournament in Valencia. In the Estadio Beteró, the men’s national teams from Spain and Belgium finished with a 2:2 draw. The Belgians have been the reigning world hockey champions since December 2018, when they defeated the Dutch team by 3: 2 at the Kalinga Stadium in Bhubaneswar, on a field of Polytan artificial grass. The opening match of the women’s FIH Pro League ended with a win for the Argentine hockey team. In their first home game in Córdoba, they beat the Belgians 2:0.

After that, the league has truly taken off. By June, eight men’s and nine women’s teams will meet each other every week for a total of 128 games around the world, with each team taking it in turn to enjoy a home advantage. The order in which the hockey matches are played follows the course of the sun. First, the countries in the southern hemisphere welcome those from the northern hemisphere. Next, the teams from the south play against each other. In the second half of the season, it’s the other way around. The south will be guests in the north, before the teams from the northern hemisphere meet each other. Overall, every women’s team will play eight home and eight away games, while the men’s teams play seven each. The scoring system ensures great suspense. Each and every hockey game is important, so the teams can’t afford to put the brakes on for even a single match. In a big showdown, the remaining four teams compete in eight further hockey games for the final title of Pro League Champions, which also comes with a cash prize. Participation in the final is also a ticket for the qualification tournament of the Olympic Games 2020 in Tokyo. 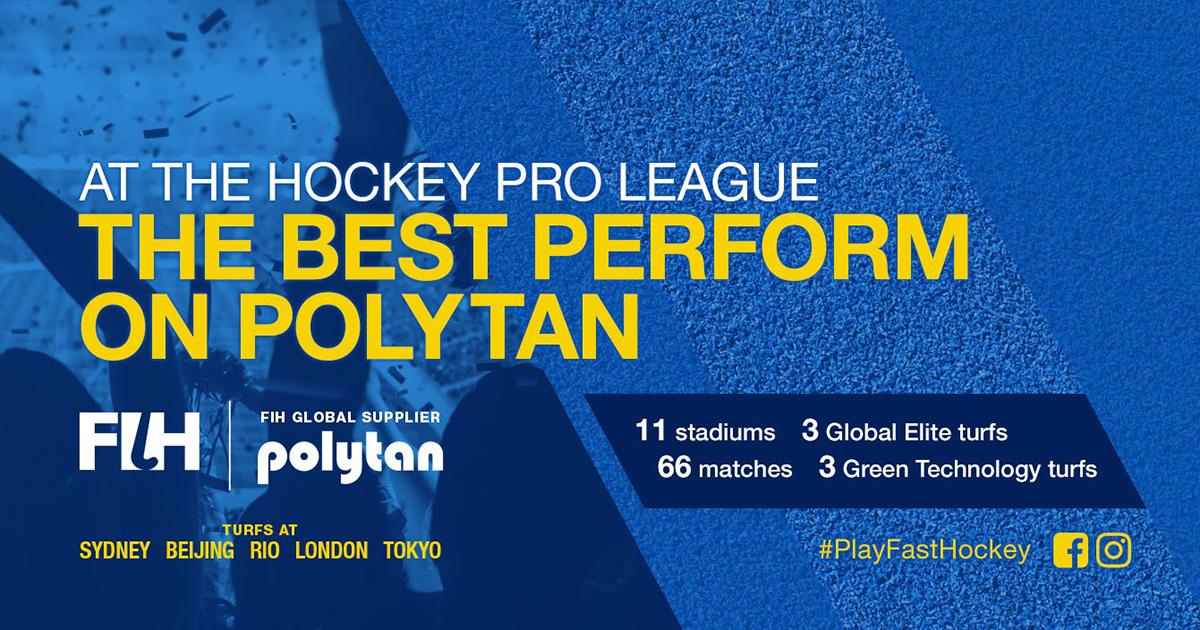 After the first away games have been held in the southern hemisphere in February and March, the German ‘Danas’ – the German women’s national hockey team – will play their first of the second round’s home games on 24 April 2019 against Great Britain’s women’s team. The exciting game will be played in Mönchengladbach SparkassenPark, which is already equipped with Polytan’s latest-generation hockey turf. The first opponent to meet the home crowd of the ‘Honamas’ – the German men’s team – is the Netherlands, an encounter which is set to be another promising match of international hockey at its finest, hosted by Mönchengladbach SparkassenPark on 26 April! You can find all the matches being played by the German women’s national team here, and the men’s national team here.

Polytan provides the official hockey turf for the Olympics

The new Poligras Tokyo GT artificial grass is not only a fast surface that promises exciting hockey games with precise moves but, as the latest generation of hockey turf, it boasts an improved environmental footprint. The abbreviation ‘GT’ stands for green technology. This is thanks to the use of the bio-based I’m greenTM plastic from bioplastics world market leader Braskem. The polyethylene (PE) filaments consist of 60 percent renewable raw materials, making them particularly sustainable. Furthermore, the playing characteristics of the hockey turf benefit from this new mode of production. Ball run length has improved by up to 25 percent. An equally positive environmental footprint is evident in the featured PolyBase GT elastic layer. The permanently elastic compound of the granulates uses a binder produced by manufacturer Covestro, which scores points by reducing CO2 emissions during the production process. 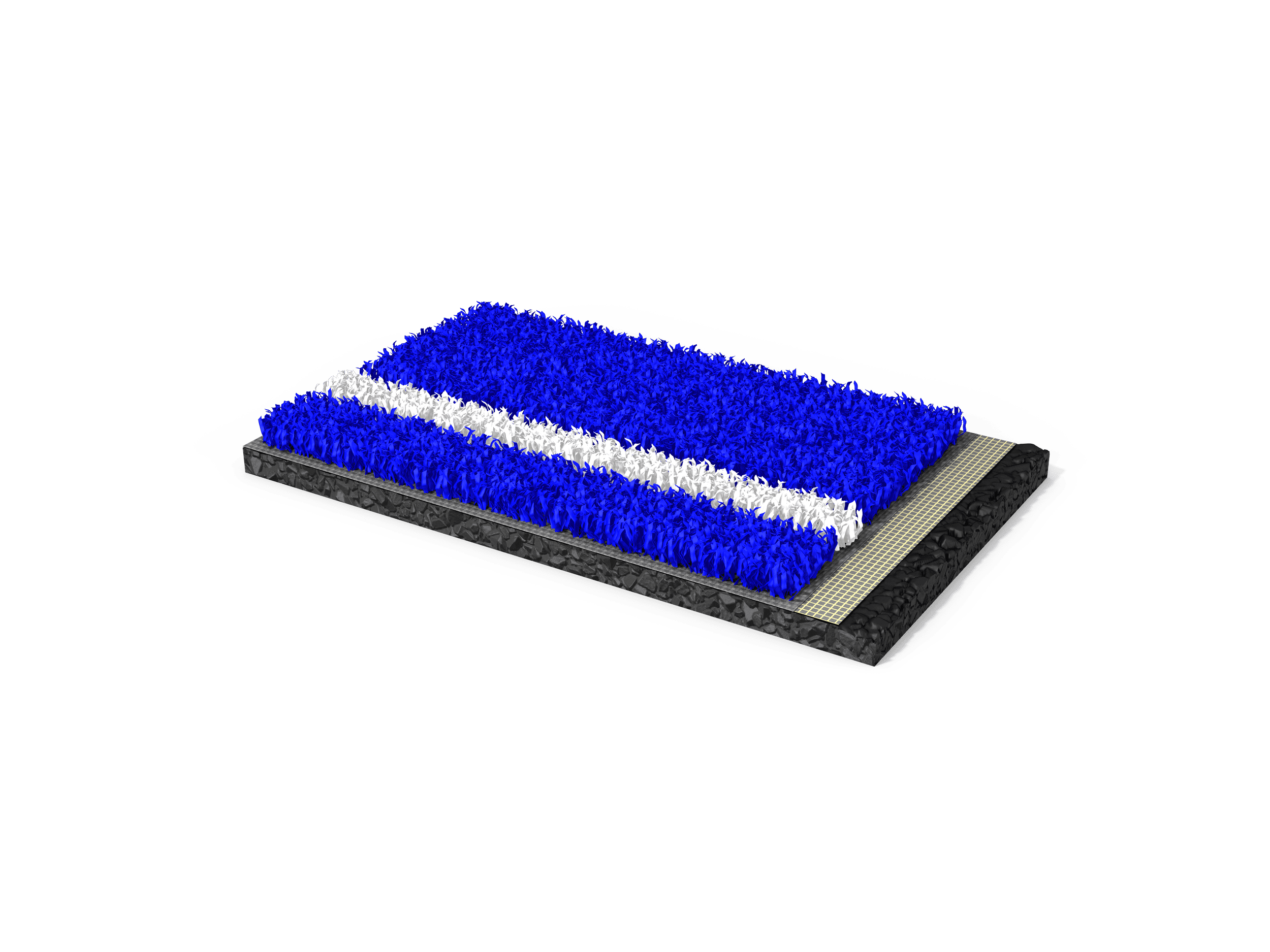 What makes the FIH Pro League so exceptional in the hockey world?

A speciality of the FIH Pro League, which is being held for the first time in 2019, is that now hockey matches will take place at a world-class level around the globe. Matches will always be played from January to June. For the first time ever, fans can experience every match – without exception – up close: either directly in the stadium or via live transmission. The scoring system ensures great suspense. Every victory and every defeat affects the chances of a team’s participation in the final, as well as their position in the FIH Hero World Ranking. The fact that all four finalists will automatically qualify for the qualification tournament of the Olympic Games provides an added incentive to excel. Last but not least, the new hockey league should bring together the worldwide hockey community and connect people from different cultures.

The men’s final showdown will take place on 30 June 2019 in Antwerp, while the women’s hockey final will be held the day before in Amsterdam. Meaning the hockey-loving nation of the Netherlands was selected as the first host country for the finals. Did you know? The Dutch are the reigning women’s hockey world champions, who claimed an outstanding victory over Ireland on 5 August 2018 at the Lee Valley Hockey & Tennis Centre in London on a Poligras Platinum CoolPlus hockey pitch by Polytan!