The best synthetic turf in Serie B 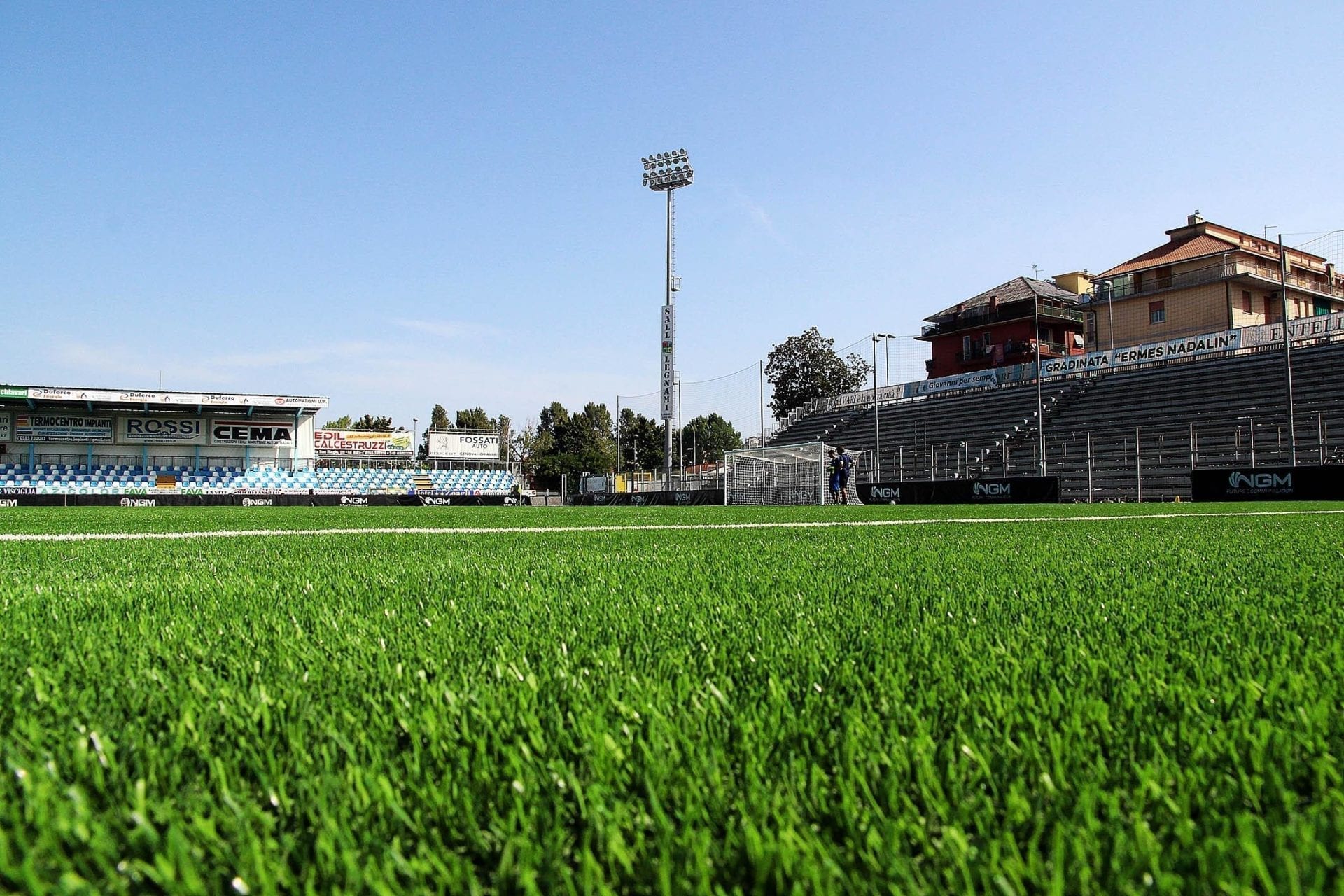 THE BEST SYNTHETIC TURF IN SERIE B

Since the summer of 2017 professional footballers at Virtus Entella, a Serie B Italian club, have been playing their home games on a LigaTurf RS Pro II CoolPlus pitch from Polytan with Infill BionicFibre granules. The high quality of the synthetic turf made an instant impression not only on players and trainers, but also on the jury for the annual quality rankings, which assesses grass and synthetic pitches in Italy’s Serie B: the playing surface from Polytan in the Stadio Comunale was awarded first place in the synthetic turf category.

Virtus Entella is a traditional Italian club which started playing in Serie B, Italy’s second division, for the first time in its 100-year history during the 2014/15 season. The professional team plays its home games in the Stadio Comunale in Chiavari, which was renovated after promotion to Serie B and now holds 4,150 spectators. In order to ensure suitable conditions for training and competitive play in the future, the badly worn grass pitch was replaced with a modern LigaTurf RS Pro II CoolPlus system from Polytan in July 2017.

In combination with the 25-millimetre thick elastic base layer, which provides for long-lasting, optimum force reduction, the premium synthetic turf system – which has been specially developed for football – is ideal for the high demands of professional football. The highly resilient smooth filaments are similar to real blades of grass, yet they provide consistently high standards of quality, even when the weather is cold and wet. Players enjoy the same level of comfort as on well-maintained real grass pitches thanks to the addition of Infill Bionic Fibre – modern infill granules made of EPDM rubber with a special organic structure.
The team captain of Virtus Entella, Michele Troiano, also confirmed that the pitch in the Stadio Comunale is of high quality:
"The pitch is outstanding. They’ve done a really excellent job and there is now even less of a difference to real grass. Our impressions have been really positive. Compared with last year, you could say it’s a whole different ball game."

First place for Polytan in the pitch rankings of Serie B

The prerequisite for exciting football matches with top players is an optimal base. Ideally, this should be in the best possible state throughout the year, in all conditions and in every situation. The Italian Liga B put up prize money in order to raise awareness of this requirement among clubs in Italy’s Serie B and to initiate any necessary measures for improvement. The jury, which consists of team captains, trainers, TV producers and the Liga’s agricultural engineer, draws up two ranking lists – one for real grass and one for synthetic turf pitches. Having had LigaTurf RS Pro II CoolPlus installed by Polytan in July 2017, the professional club Virtus Entella is in top place after the first-leg fixtures in the 2017/18 season. Not only is it the first synthetic pitch in football-mad Italy with an Infill BionicFibre system, it’s also the first synthetic turf system from Polytan to have been certified with the FIFA Quality Pro seal of approval.

Highly suitable even after many years of use The fact that our synthetic turf is not only technically up to date but also complies with current FIFA requirements is demonstrated once again by two successful recertifications. One such example is in Munich: Since 2017, FC Bayern München’s future talent and women’s teams have been training […]
Read More »

Leisure club VfL Sittensen has won the Lower Saxony Football Association’s Sustainability Award for its entirely sustainable sports facility. The partner of the award-winning project is Polytan. When mission meets innovation, there are only winners. The latest award-winning example of this is VfL Sittensen. In the first ever Sustainability Award of the Lower Saxony Football […]
Read More »

Hall of Fame: Polytan is a Brand of the Century

It was a huge honour for Polytan – artificial turf, manufactured by Polytan under the Poligras and LigaTurf brands, was nominated for “Brand of the Century” by the Zeit publishing group. Our customers highly appreciate Polytan’s commitment to quality, innovation and sustainability. Yet when an independent jury of experts nominates Polytan’s artificial turf for “Brand […]
Read More »
We Make
Sport.
Subscribe to newsletter
Youtube Facebook Instagram Linkedin Xing