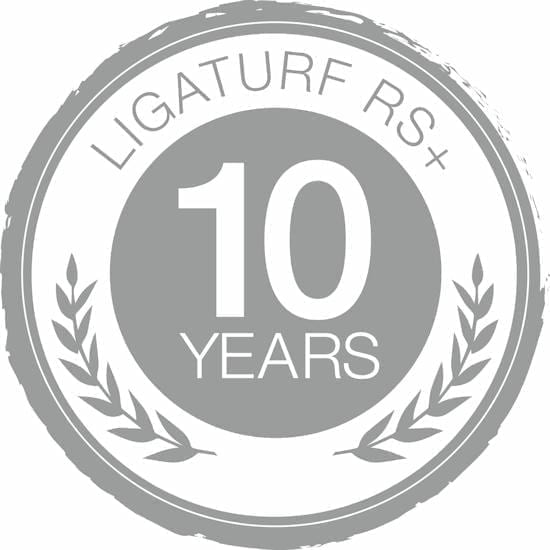 Synthetic turf has been around since the 1960s, when it consisted simply of a green carpet made from nylon yarn and had no shock absorbency to speak of. A lot has happened since then, though – modern synthetic turf pitches now have virtually the same playing qualities as real grass, whilst being a lot more robust at the same time. Introduced by Polytan ten years ago, an important milestone in the development of synthetic turf is the Liga Turf RS+: the result of numerous innovations, the product set new standards in its day and, thanks to continuous improvement, is now the number one synthetic turf in professional football worldwide. One of the ways Polytan is celebrating the anniversary is with a prize draw to give away a full set of shirts with club logos.

If you would like to win the sought-after shirts for yourself and your team – or one of two other big prizes, such as the official match ball for the FIFA Confederations Cup 2017 in Russia – take a team photo on a Polytan synthetic pitch and send it to: 10jahre.ligaturf@polytan.com between 1 October and 30 November 2017. For more details go to: www.gewinnspiel.polytan.de or to the Polytan stand at the FSB trade fair (Hall 10.2, Stand C010/ D011).

The predecessor model, LigaTurf, has been installed in many big European football stadiums, including the "Stade de Suisse" in Bern, the "Stade de la Maladière" in Neuenburg and the Wals-Siezenheim European Championships stadium near Salzburg. The high quality of the product has been affirmed by over 30 pitch certifications with the FIFA RECOMMENDED 2 Star seal of approval (now FIFA Quality Pro) – more than any other synthetic turf system during this period.

Advances in the LigaTurf RS+ system enabled the Burgheim-based sports surface specialist to set a new standard in 2007. Synthetic turf has become established worldwide as an optimal playing surface for football, rugby and American football in stadiums, training facilities and sports colleges – among professionals and amateurs alike. However, the system has chalked up its greatest successes in football: not only do the professional French clubs FC Lorient and ASNL Nancy play on it at their grounds, but professional German clubs such as FC Bayern Munich, Bayer 04 Leverkusen and FC Schalke 04 have also opted for this synthetic turf system in their centres for junior players and intensive training. What’s more, this football turf was also installed at the venue for the final of the FIFA Women’s World Cup 2015 in the Canadian city of Vancouver. And international references include the "Teslim Balogun Stadium" in Nigeria, the "Estadio Bicentenario Municipal de La Florida" in Chile and the football academies of FC Liverpool and GNK Dinamo Zagreb, to name but a few.

One of the first LigaTurf RS+-playing fields was the stadium pitch installed in 2008 in the municipality of Kaufering. This was awarded the FIFA Quality Pro seal of approval for the eighth time in succession in August 2016, making it the most frequently certified synthetic turf worldwide in this category.

The basic system design of LigaTurf RS+ is always the same: a compact elastic layer installed in situ provides for consistently good shock absorbency over many years. The synthetic turf, which is filled with quartz sand and granules, is placed on top of this. Depending on the requirements of the respective pitch, however, there are variations in the pile height of the fibres, the density of the turf filaments and the type of granules. As with real blades of grass, the synthetic turf filaments are smooth and about 360 µm thick. Apart from looking like real grass, this stalk thickness has another advantage: an optimal rebound capacity with a pleasant feel. If the filaments were any thicker, athletes would soon complain that they felt too "prickly". If they were any thinner, they would go flat too quickly.

The fibres used in the LigaTurf RS+ system were the first to have a rhomboid cross-section. This produces an evenly distributed material thickness to provide for particularly stable and hard-wearing filaments with optimal recovery and rebound capacity. Furthermore, the rhomboid cross-section contributes to the natural appearance of the stalks, an impression that was subsequently reinforced by the introduction of two-tone fibres in various shades of green.

In addition, Polytan also introduced LigaTurf RS+, the patented ENTANGLEMENT technology: this special interlacing of molecule chains improves the stability and durability of the fibres, thus preventing the narrow edges of the pitch from splitting, which is a common occurrence with similar fibre cross-sections. The synthetic turf becomes tougher and more robust in spite of a softer PE formulation. Proof of just how robust the system is can be found in the example of the pitch in Kaufering, where LigaTurf RS+ has stood the test of time for ten years.

Polytan SharkSkin technology ensures that the turf has additional positive properties: it is responsible for the fine surface finish on the filaments, which ensures that skin irritations and the unpleasant feeling of fibres stuck to the skin are a thing of the past. In addition, there is no need to water the pitch in order to improve the anti-friction properties.

Even after ten years, the customer-focused development of synthetic turf and the continuous improvement of products by Polytan along with the systematic application of modern technologies still guarantee a high level of performance by the LigaTurf RS+ synthetic turf – in all performance classes of football, rugby and American football.