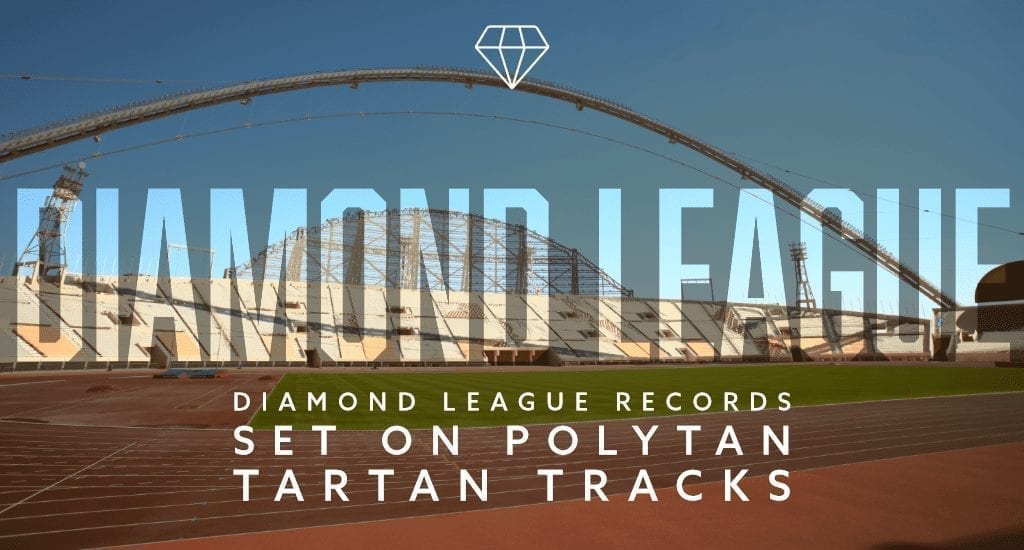 On 3 May 2019, it’s that time again – when the best athletes in the world meet for the kick-off event of the IAAF Diamond League in Qatar’s Doha, on the Persian Gulf. After that, it will continue from stadium to stadium at an almost weekly rate, until finally the IAAF Diamond League Champions, which will feature 32 athletics disciplines, will be selected on 29 August in Zurich and on 6 September in Brussels. Five of the total 14 venues across five continents are equipped with Polytan tartan tracks – a figure no other manufacturer in the sector can match.

The kick-off in Doha on Rekortan PUR synthetic flooring

For the ninth time in a row, the Diamond League will be held at the Qatar SC Stadium in Qatar’s capital, Doha, as part of the annual Qatar Athletic Super Grand Prix. The stadium, built in 1985 with capacity for 20,000 spectators, was extensively renovated in 2010 for the second time in preparation for the Diamond League. As part of this refurbishment, it was equipped with high-speed Rekortan PUR synthetic flooring by Polytan. This means that the football and athletics stadium on the Persian Gulf is also optimally equipped for the World Athletics Championships, which will take place from 27 September to 6 October 2019.

After Doha, the next stops for this year’s Diamond League will be the Shanghai Stadium on 18 May 2019 and the Stockholm Olympic Stadium  on 30 May 2019. Just as in Doha, the Swedish capital has hosted the highest class meet in the world since 2010, and athletes compete for beat their personal bests and athletics world records on a waterproof Rekortan PUR surface. In summer 2014, the high-speed solid synthetic surface was installed in the venerable Stockholm Olympic Stadium, built in 1912, in classic brick red. Blue areas add a touch of colour, visually highlighting the high jump, long jump, triple jump and pole vaulting areas.

Tartan tracks in Oslo – ready for use, even after heavy rainfall

After stopping off at the Olympic Stadium in the Italian capital of Rome on 6 June 2019, the IAAF Diamond League will head to Scandinavia on 30 June 2019, visiting the Norwegian capital of Oslo. In 2005, the Bislett Stadium was fitted with a circular running track by Polytan as part of the new stadium development. Rekortan WS was selected for the tartan track surface. On the one hand, it has the desired high water permeability and, on the other, international athletics meets such as World Championships and Olympic Games, as well as daily training sessions, can be held on it. Upon completion of the refurbishment, Bislett Stadium and the Polytan tartan tracks were certified as IAAF Class 1. The high quality of the running track was also confirmed when a track record was set during the IAAF Golden League 2008 when three-time Olympic champion and five-time World Champion Tirunesh Dibaba from Ethiopia ran the women’s 5,000 metres in 14:11.15 minutes. This athletics world record remains unbroken today (as of March 2019).

In 2016, the Diamond League athletics meeting made its first ever stop in Africa. A milestone in the development of sports for the great continent. The venue was the second largest stadium in Morocco, the ‘Stade Moulay Abdallah’. In 2016, just in time for the first day of the Meeting International Mohammed VI d’Athlétisme de Rabat, it received a new Polythene Rekortan M synthetic floor with an IAAF Class 1 certification. The tartan track was installed in the national colours: red and green. The competition areas are kept in classic brick red, while all other edges and sections are finished in striking green, the colour of the green star in the Moroccan flag. In the year of its installation, four world records, two national records and ten meeting records were achieved on the tartan surface – results that may even be surpassed on 16 June 2019.

The fifth and final location of the IAAF Diamond League 2019, in which the athletics meeting has been held on a Polytan running track since 2011, is the Alexander Stadium in Birmingham, UK. Every year, the ‘Birmingham Grand Prix’, the British Athletics Championships, takes place there. In December 2017, Birmingham also won the bid for the Commonwealth Games 2022 – for which the capacity of the athletics stadium will be increased from 12,700 to 40,000 seats, with a subsequently planned reduction down to 20,000.

The IAAF Diamond League is the highest level athletics meet in the world. The best athletes in the world will compete In 32 disciplines for overall victory in their class. The basis for the evaluation is a scoring system that entitles the athletes with the highest scores to participate in the Diamond League Final – either in Zurich or in Brussels. Previously, each discipline in the twelve qualifying meets (Doha, Shanghai, Stockholm, Rome, Oslo, Rabat, Eugene, Lausanne, Monaco, London, Birmingham and Paris) will be run four or six times before the final.
At each qualification meet, the athlete who takes first place in a discipline receives eight points, the runner-up seven points, the third-place six points and so on. Depending on the discipline (long-distance running discipline, track running discipline or technical discipline) between 8 and 12 starting positions will be awarded per final.
As an IAAF Diamond League Champion, the overall winner in an athletics discipline receives a Diamond Trophy, which comes with prize money of USD 50,000, as well as a wildcard for the World Athletics Championships.

Polytan and the Diamond League: a strong team

With five of the renowned IAAF Diamond League’s athletics meetings being held on synthetic flooring by Polytan, the sports floor manufacturer from Burgheim is in the lead above all other sports floor manufacturers. The quality of the tartan tracks has been proven by numerous meeting records, best times, world annual best performances and, of course, world records that have been achieved on the tracks in recent years. Moreover, all of these synthetic floors are IAAF certified: class 1 in Doha, Oslo, Stockholm and Rabat, and class 2 in Birmingham. 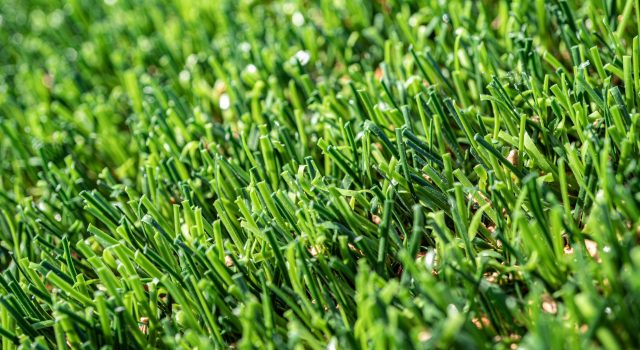