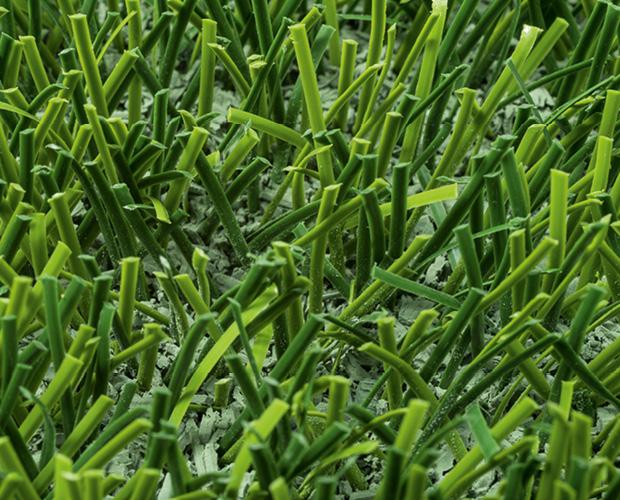 Polytan LigaTurf RS Pro for Hammarby IF in Stockholm

Artificial turf pitch is the club’s only training facility

When football reached Sweden at the end of the 19th century, it had its work cut out for it. Ice hockey, handball and bandy were more popular – the latter being a forerunner of modern ice hockey. In the beginning, footballers still played a mixture of football and rugby known as “Swedish football”, which was presumably a little more rustic than the modern game.

Today, football is one of the most popular sports in Sweden and has a long tradition behind it. One legendary moment was the World Cup final of 1958 in Sweden, when Sweden lost 5-2 to Brazil. For the South Americans, it was the first ever victory on European soil, made possible by a 17-year-old player who contributed two goals: Edson Arantes do Nascimento, known as Pelé.

Fotbollsallsvenskan is the top league in Sweden, which is now on par with other leagues in Europe. Swedish players are popular exports and play in leagues all over the world. Zlatan Ibrahimovic is currently the best example of this. In his day, Ronnie Hellström was considered one of the best goalkeepers in the world and stopped the German team from reaching the World Cup final by a hair in 1974.

Hellström, who was later celebrated on the Betzenberg in Kaiserslautern, started his career at Hammarby IF in Stockholm. The club, founded in 1889, is a financially strapped yo-yo club that keeps on rising and falling and, accordingly, is constantly having to reinvent itself. Which doesn’t seem to both its fans. On the contrary: Hammarby fans are one of the largest and most active communities in the country, and the club has long attracted the highest number of spectators in the league. After three vice championships, the club got its big break in 2001 – its first and so far only championship. It was the women’s team that led the way: they were already the Swedish champions in 1985.

The Årsta IP training facility is the home ground of Hammarby IF. There, players of all age groups, from age eight to seniors, use our LigaTurf RS Pro artificial turf pitch, which is filled with sand and TPE. This artificial turf is in a league of its own in terms of both playing properties and durability, thanks to its intelligent filament design and exclusive material composition. When replacing the old artificial turf pitch in October 2019, it was important to the client that the new pitch would facilitate a quick and precise game. They wanted to offer the players similar properties as found in Hammarby’s home stadium, the Tele2 Arena.

Once the old turf had been removed, Polytan first performed some small repairs on the existing elastic layer, so it would not need to be replaced. At the same time, multiple procedures were put in place to collect and dispose of the granulate shed from the playing field. The asphalt border around the pitch was extended to enable easier removal of the granulate. Parts of the irrigation system were also replaced during the renovation, to improve the irrigation of the pitch. The installation process by Polytan proceeded quickly and on schedule, so there was only a short interruption to the club’s training activities – the artificial turf pitch is Hammarby’s only training facility.

The playing field in Årsta IP feels like natural grass, with ball bouncing properties just like those of the home arena. To maintain this high standard, the playing field is brushed and cleaned up to three times a week by a groundskeeper, according to the amount of use. The pitch is certified in accordance with FIFA Quality Pro. We wish Hammarby IF Lycka till!