From Montreal to Tokyo

As the stadium lights go down on 2021, hockey has much to celebrate. Despite unprecedented challenges, the Tokyo Olympic Games were staged, with hockey played on the revolutionary sustainable Poligras Tokyo GT hockey turf.

Tokyo 2020 was the 10th Olympics where Polytan and Astroturf have been chosen to provide the turf. It all started in 1976 when Olympic hockey was played on turf for the first time at the Montreal Games.

Hockey has a transformational story to tell

The Olympics is hockey’s biggest stage, and Tokyo showed millions of fans dynamic, fast, 360° & 3D skills. The fans witnessed players at the top of their game in harmony with turf technology that is more advanced than ever before.

What fans don’t see is the making-of modern hockey. How did the game go from muddy or dusty grass to non-stop, no-limits skills and speed? How has it become so amazing? Who was involved?

Hockey is always moving forward and innovating. This is because the sport chose to move from a grass game to a turf game. Hockey has spent 45 years transforming and evolving into a new game related to, but well advanced from the original game.

‘The Surface’ is born

This is where film-makers James Dean and Matt Crocker step onto the turf.
In hockey they found a history rich in untold stories and no shortage of interesting characters who were there. Hockey’s amazing transformation as the result of changes to the surface, struck them as unique in sport. For example, is there another sport that has become twice as fast?

The juxtaposition of profound innovation within a traditional sport was rich territory they wanted to explore. And so, the idea for The Surface was born – a documentary film that would chart hockey’s turf transformation from grass players to turf-natives.

Brought to you by Polytan and AstroTurf

Polytan and Astroturf, who install Poligras globally, are part of this story.

Together they have been hockey’s constant partner for over 45 years – from the first turf in Montreal, to the first blue turf in London, to the first sustainable turf in Tokyo and much more in between.

Partnerships with the International Hockey Federation (FIH), the Asian Hockey Federation and a number of national or regional associations and clubs have allowed Polytan and AstroTurf to support the game all over the world. Getting behind the film with funding, not only gave the green light to the film-makers but also ensured it could be produced to a high standard and was a natural extension of a long-term commitment to the sport.

We wanted the film-makers to be able to give hockey a voice and tell its unique tale.

A film about innovation required an innovative approach

“We knew we had a brilliant idea, we had secured the funding and then we began the massive task of actually making it happen – a process that took over ten months, hundreds of hours of work and terabytes of footage. COVID-19 necessitated completely reimagining the process of documentary film-making. All interviews outside of the UK, where we are based, had to be conducted remotely – we worked with local film crews around the world via video links and we found ourselves talking to Australian hockey greats at 3am our time which naturally takes the conversation to different places!”

The result is a film that is totally original and told from a number of perspectives even if that list could not be exhaustive;

“Even without COVID there were limitations on who we could interview. Squeezing hockey’s 4,000-year history and the 45-year turf story into a 20 minute film is a tough ask! So we looked for people who had lived the story, could cover several of the broad themes and were available.”

“We knew we had a brilliant idea, we had secured the funding and then we began the massive task of actually making it happen”

From legends of 1976, to all-time greats Luciana Aymar and Jamie Dwyer (who have 13 FIH Player of the Year titles between them!), to hockey stars Nikki Symmons, Jeroen Hertzberger and Jon Wyatt, the story started to take shape.

Beyond the players, having some of the sport’s leaders share their experience delivered an important perspective. Tayyab Ikram, CEO of the Asian Hockey Federation covers so much ground from elite coaching to youth participation and sports administration and provided an insight into the golden age of India and Pakistan hockey.

Sue Catton who was the driving force for two major innovations – London’s blue turfs which have changed hockey’s colors forever and Big Stadium Hockey which made the game available to more fans – offers a first-hand insight into these pivotal moments.

Unfortunately, hockey doesn’t have a tradition of capturing its history, therefore The Hockey Museum in England is an invaluable resource. It’s founders, Mike Smith and John Willmott shared photos, equipment, magazine and archive footage as well as their significant knowledge and affection for the game which gave the film another level of colour.

At the close of a year that saw Polytan and Astroturf’s Olympic tally hit 10 and hockey’s sustainability journey take off, ‘The Surface’ is a fitting nod to the role that turf has played in hockey’s metamorphosis.

And with Poligras chosen for the Paris 2024 Olympics we look forward to hockey’s next chapter. 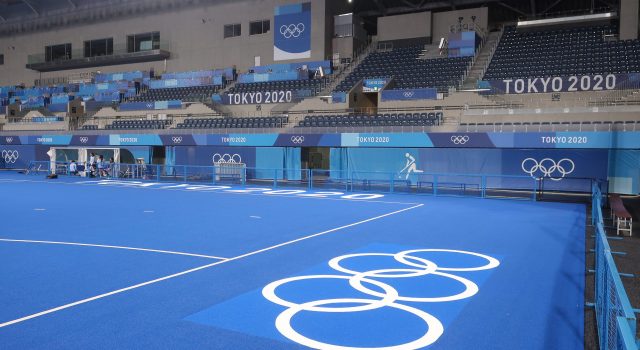 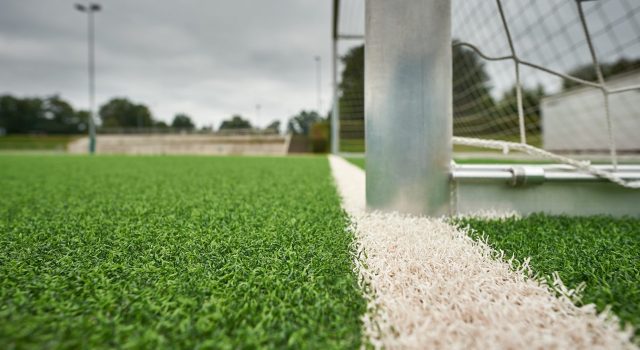 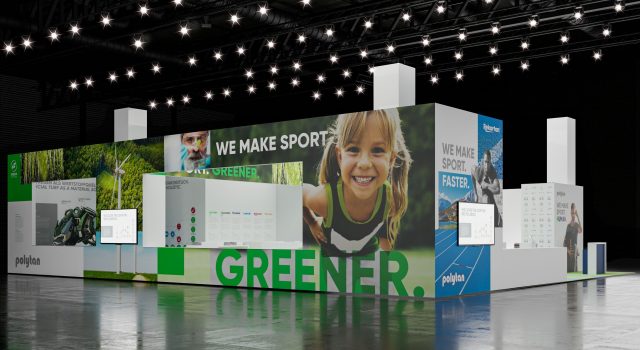